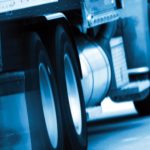 At DuraBrake, we constantly try to get a pulse of the North American wheel-end market, and it’s currently difficult to understand what is happening.  While it is still difficult for many WD’s or dealers to get drums, it appears to be a moving target.  Many WD’s and dealers currently have adequate inventory, have planned ahead, or haven’t hit caps from their suppliers, but many aren’t in that situation and are still scrambling to get more drums.  Every week, it appears that different groups (buying groups, truck, and trailer dealer groups, etc.) are affected and become desperate to buy drums. Then the shortage resolves shortly afterward until the next panic pops up.

Webb still appears to have lead times around five months, but it seems a bit softer than a few months ago.  It also appears that Meritor still doesn’t have an offering for their aftermarket high-volume drum program.  From what we can tell, the US foundry that supplies them both is probably at capacity, and there is no additional capacity for US-made drums.  That means that drums from overseas will have to pick up the slack.  Drums from overseas appear to be expanding in market share, but they are susceptible to variables and costs that don’t affect US manufacturers (such as overseas freight and possibly tariffs).

Ocean freight to the US for shipping containers has reduced and might continue to drop.  The overall volume of containers has not reduced significantly, but many expect the volume of containers to continue to decrease as the reported inventories increase in the US.  In addition, as you would expect, new shipping lines have been offering increased competition, also bringing down rates.  There are still a few unknown variables, such as pending port strikes on the West Coast and continued port delays that could derail these freight reductions.  However, barring any worsening of those two, we believe rates will continue to decrease.

Domestic freight trends show that load-to-truck ratios have dropped significantly (approximately 30-40%) from a year ago.  However, domestic freight rates have held relatively steady, most likely due to fuel costs and resistance to lowering prices.

After significant steel and iron scrap price increases in the last six months due to the Ukraine-Russia conflict, reduced demand seems to have lowered scrap prices over the previous month.  Hopefully, material prices have peaked and will continue to drop.

In May 2022, US inventories were up 16.6% YoY, and many retailers claim they have high inventories.  We also know that inflation over the last year has been rampant and could be causing such an increase in US retail inventories.  While the US has published an inflation rate of just over 8%, in the heavy-duty industry, the prices of many products increased by 20-100%.

While we haven’t seen any price drops in brake drums and rotors yet, some may be on the horizon.  Given that there will be high-price inventory around, and many companies do have adequate inventory, it will be a while for prices to go down as existing inventory circulates through the system.  Our sales continue to grow each month, but we also find that more and more customers have adequate inventory.